In the process of designing the Modulus Drone there many… many chnages to the frame construction along with many prototype misprints as we tried to figure out the correct measurements for the V frame joints. The print below is just one of the rear joint designs we tried to get the correct angle to strength ratios to fit the 17 inch frame model.

The initial design of the MOD4 modular drone show as soild V center joint which we scrapped a couple weeks later once we learned it was neither, strong or functional with the rest of the overall frame. 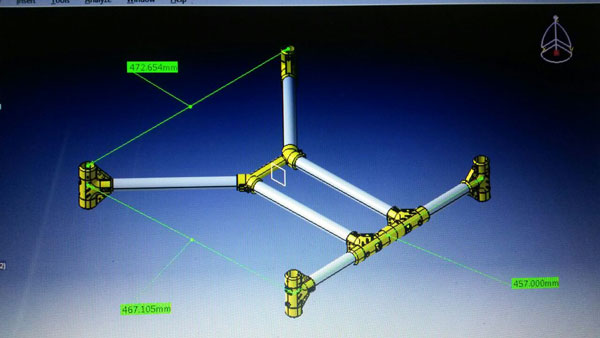 This print shows the joint with supports. 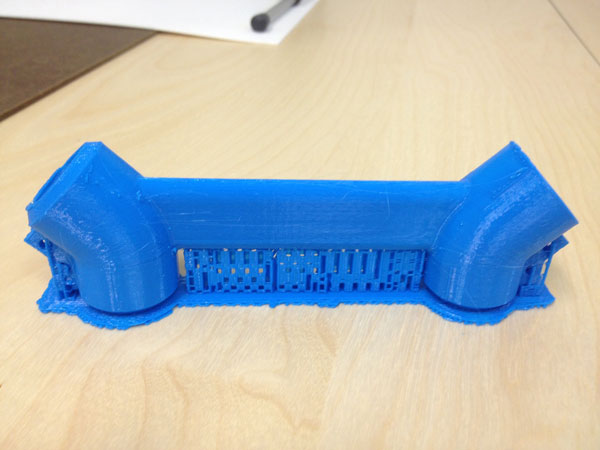 This is after we have cut out the supports, which we removed fairly easily. 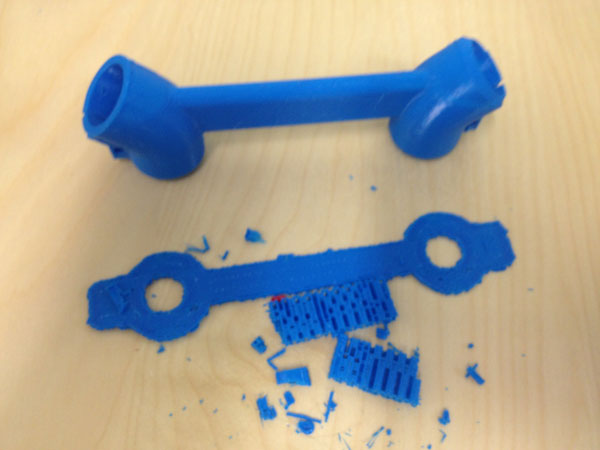 Interesting, it takes a few prints sometimes to get the best print especially if you want to avoid using supports or rafts.

The 3D printing conference in New York was interesting, There was a lot of talk of future possibles in the food and medical industries but…