Climbing up to wind turbine blades to inspect them for damage can be dangerous and time-consuming. Once up there, some inspectors rely only on a cell phone camera to snap pictures of any problems. The inspection process of an entire field can take months.

Fortunately, advancements in drone technology are turning this cumbersome maintenance effort into a safer and more streamlined data collection process.

This Ann Arbor, Michigan-based startup has developed an automated drone inspection system for the wind industry – cutting inspection time down to minutes.

SkySpecs entered the wind industry three years ago after first considering civil infrastructure inspection. Despite the marked excitement that drones received early on, there were also significant concerns about their commercial utility.

Many got a negative perception of manually-flown drones because they can be hard to control near a wind turbine, are prone to crashing, and produce inconsistent data. But SkySpecs’ self-piloting drones solve these problems. They fly autonomously during the inspection and use an advanced damage identification system to capture high-quality images, detect wind turbine cracks and collect valuable data. 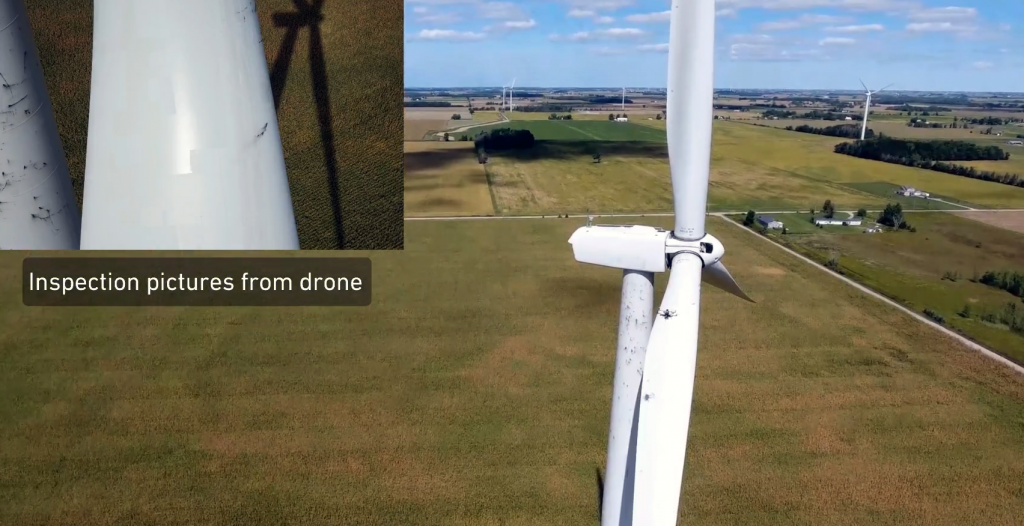 Historically, inspections have been time consuming and expensive. While preventative maintenance has become a standard practice (rather than reactively waiting for problems to arise before fixing them), effective proactive maintenance requires large amounts of data.

Today, SkySpecs inspections take less than 15 minutes – and they can conduct as many as 17 inspections in one day. That’s currently faster than any other inspection company in the industry.

“Customers that could once inspect only one-third of a wind farm can now do the whole farm in the same amount of time,” says SkySpecs CEO Danny Ellis.

Validating Through the National Labs

The Global Wind Energy Council estimated that 314,000 individual wind turbines operated around the world at the end of 2015. With this volume, the demand for drone inspections could rise dramatically.

SkySpecs is working with Sandia National Laboratories to validate its damage detection algorithms to meet industry standards. They’ll also work together on examining future inspection methods beyond just ‘visual inspection.’ By incorporating more advanced inspection technologies, they will improve the value of the drone inspection.

The partnership was made possible through a $254,000 Energy Department Small Business Vouchers (SBV) pilot award in 2016. The pilot gives U.S. small businesses like SkySpecs the resources it needs to access facilities and researchers at the national labs. With this support, small companies can advance their technologies faster so that the market can utilize their products sooner

“A business our size rarely has access to an organization like Sandia,” says Ellis, who has 12 employees. “Working with Sandia allows us to test new inspection methods that we would otherwise not have time to research on our own. They have experience with other non-destructive test methods that we would like to integrate to our automated inspection system.”

SkySpecs will continue working with Sandia through the fall of 2017 thanks to voucher funding. SBV is funded through the Office of Energy Efficiency and Renewable Energy and has helped 76 cleantech small businesses partner with 12 national labs.

This article was originally published by the U.S. Department of Energy in the public domain.