In our pursuit to create a truly purposeful and marketable drone for the average person we tried to answer many of the unanswered questions that we received during the first Surf Expo we attended in January 2014.

One of the primary concerns was ; how does the average person fix one of these multirotors once they have crashed. Do you need to be an electronics nerd and handy with a soldering gun.? The big concern however, was that even though the main personal drones sold on the market today look cool, (constructed from molded plastic) they were (are) hard to fix once broken if they are able to be easily fixed at all without ordering a brand new one.

So we looked at these consumer concerns head on and came up with our first concept version of the Modular drone you see below. The first X frame was made from simple PVC. 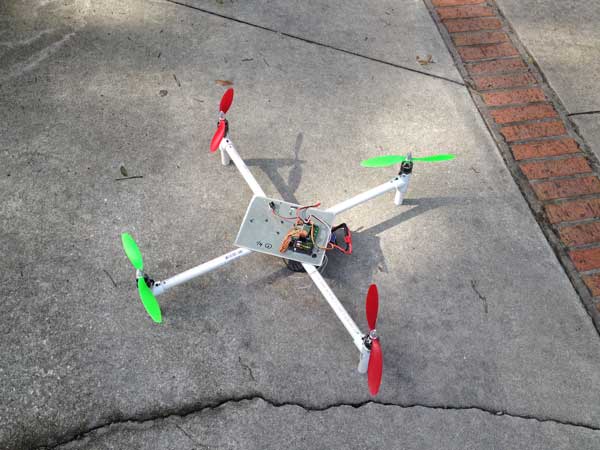 The first Personal Drone protoype flew very easily right out of the gate. 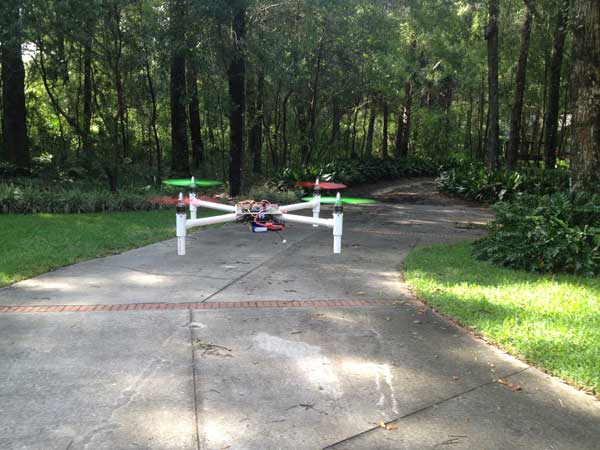 Having seen some of the previous design and protoype work form the previous post, here is the final version of the MOD4 module drone design…